The location selection problem has been considered in many different areas in recent years and is, therefore, one of the most popular decision-making problems. These problems are among the types of problems that can be solved with the most appropriate multi-criteria decision-making methods since many criteria must be taken into account. In this study, an alternative site selection study has been adhered to for the bicycle stations in Manisa Celal Bayar University Sehit Prof. Dr. İlhan Varank Campus. The primary goal was to determine the most suitable new alternative places according to the student density due to the insufficient current situation of bike-sharing stations. In order to determine this alternative, four different points with intensity zones were considered as criteria. However, four alternative stations were determined and different multi-criteria decision-making methods were combined with a geographic information system (GIS). An analytical hierarchy process was applied to obtain the criterion weights and alternative stations were sorted by the PROMETHEE method. Finally, as a result of the calculated data, the most suitable alternative station was decided. 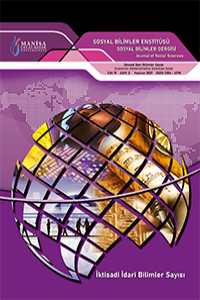