A Lonely Woman Against the Society: Yerma

Federico García Lorca is one of the most important authors of Spanish Literature who best describe the woman trapped between the life dictated by traditions and human instincts in Spanish society of the 20th century. Growing up in the lands graced with Andalusian cultures, Lorca observes the most natural state of man and its place in the rules of society and carries the theme of "woman". In Lorca's works, women -as an individual in a traditional society-  remain between the desires of their instincts and human nature, and the patriarchy of the Andalusian lands. The young woman Yerma in Lorca’s work named "Yerma" -as an individual- remains in this dilemma. Young woman is married to Juan for four years, and their marriage needs a fresh life; a child is missing. Juan, who devotes himself to the business and his field, is indifferent to Yerma and the idea of having a child. There is no sexual attraction between them, marriage has been done in a traditional way, not through sexual attraction and love, but with the right of families. As to Yerma, it is necessary to be a mother culturally under the traditional understanding dictated by the society, and it also needs sexual saturation with the gap that the husband can not see. It's a lonely woman. The society alienates her as a childless woman, and her husband, Juan, turns back, not providing her a warm home. Thus, the young woman is pushed to loneliness both socially and familial. With all these gaps, the young woman becomes a desolated individual in society. In this work, Yerma –as a femenine individual- is studied as a lonely woman against the Spanish society. 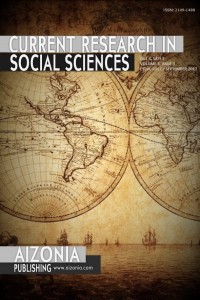