The subject of this paper is the examination of the ancient Chinese culture via Shan Hai Jing (The Classic of Mountains and Seas), which is known as the first geographical work of China. While basically being a geography book, the work contains lots of information about many different areas such as history, ethnology, mythology, religion, zoology, botany, mineralogy, and medicine. The Classic of Mountains and Seas, whose author and the time of writing have been subjects of debate for nearly two thousand years, still maintains to be on the agenda in the scientific world, due also to the richness of its content. In the work consisting of eighteen parts, it  is  possible  to  find  detailed  information  on  a  wide  range  of  subjects,  such  as  scientific inventions and applications, traditional medicine ranging from surgery to preventive medicine, myths and legends, actual historical events mixed in these myths and legends, religious beliefs, sorcery, etc.. In this work, within the integrity of The Mountains and Seas, woman and womanhood particularly in ancient Chinese culture, will be attempted to be explained in detail. 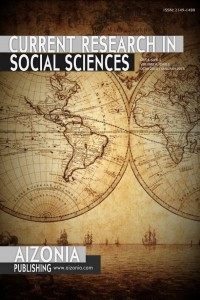