Intertextuality, which was first put forward by Russian Formalists and later formed by Julia Kristeva around the idea of “conversationalism” of Mikhail Bahhtin, refers to the interaction of two or more texts. The intertextuality method, which is defined as a type of exchange, speech, and conversation, is based on the idea that a text cannot be independent of the texts or discourses written before it and is considered as a re-written process. In this direction, it is based on the idea that a work/text has traces from the texts written before and that each text emerges by affecting the other. Also, it focuses on the relationship between author and reader in terms of considering the knowledge of the reader in the reading phase of the text. This study examines Senem Gezeroglu’s stories in terms of intertextual relations, who widely includes intertextuality in her stories. The study first focuses on the concept of intertextuality, then conveys the author’s view and approach to intertextual relations around her storytelling. Later, it discusses the texts in the author’s published two storybooks (Unuttum Yalnız, Zaman Dursun İstedim) in terms of the use of intertextuality. Gezeroğlu, who uses open and closed intertextual techniques such as quotation, reference, annotation, collage, parody, pastiche, montage in her stories, makes use of literary genres such as theater, story, novel, especially poetry in the context of genres, and other branches of art such as cinema, music, and painting. Besides, the author, who also includes sources related to religion and tradition, establishes intertextuality with artists, poets, writers, and thinkers in some of her stories. The author, who includes irony, metafiction, and postmodern narration in her stories, attributes certain functions to intertextual relations while constructing her narratives. In this sense, intertextuality strengthens the story texts in various ways and adds polyphony to the stories. The frequently reference of the author to intertextual relations shows she expects a certain level of intellectual equipment and knowledge from the reader. 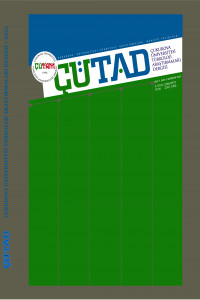