THE SOURCES OF OTTOMAN PENAL LAW IN TANZIMAT PERIOD

Approximately the last century of six centuries ruled Ottoman State constitutes a separate period starting with the Tanzimat Decree. Some changes took place in the field of law during this period as a part of reforms carried out in almost every institutions of the Ottoman State. In this context, new laws, some of them transferred from Western laws, were made, a new organization of courts was created. As promised in Tanzimat Decree, in order to protect the life, property and honour of the citizens, new penal laws were prepared and implemented. This study, primarily deals with the penal codes, as well as the provisions relating to criminal law and criminal procedure law, other legal regulations and auxiliary sources about these areas. 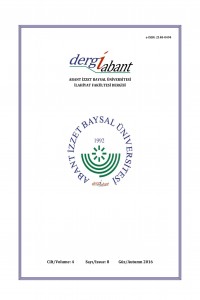