Entamoeba histolytica’sImportance in terms of Human and Animal Health

In this review, how Entamoeba histolyticawhich are important for human health are infected and information about what causes harm to human health will be collected.A species of Entamoeba genus and an anaerobic parasitic protozoa. In its evolution, cyst-metacyst- metacystic trophozoite-trophozoite-precyst periods are seen in order. E.histolytica can live in the intestine without making the disease.E.histolytica settle in the thick intestine, spreads into the it. Sometimes it can cross the tissues. Sometimes it spreads into the thick intestine causing colitis (inflammation of the intestine), acute dysentery or diarrhea. The infection can pass into the blood. Through the blood, it reaches the organs such as the liver and lungs. It is more common seen in tropical and subtropical regions.They cause this parasite to disperse that to be given as a fertilizer of human feces, arthropods such as fly, insect and working of infected people in food industry and being not care to clean. The way of basis infection is oral. Disease indication; soft consistency defecation, stomach cramps.The disease is more severe in dysentery with amoeba (Amebiasis) can be seenfever, tenderness in the abdomen, the appearance of blood in the stools, vomiting and weakening. Amoebia can cause liver and brain abscess. In diagnosis, it is detected with 34% sensitivity in studies done with feces samples to be examined under a microscope. Detection of amoebic antigens and resulting antibodies well as microscopic methods increases the sensitivity of recognition. During the colonoscopy, the doctor sees the intestinal contents, if necessary, takes a biopsy and examines microscopically it. Ultrasonography and tomography imaging methods are used to detect liver abscess and seen in other organs. In result, Amoebiasis caused by E. histolytica is an infectious disease that often causes problems in detection. Unfortunately, it is widely prevalent in the microscopy in diagnosis.It consists with colonic invasion of trophozoites transformed from mature cysts of E. histolytica taken by way of food, water and sexually and it emerges with different clinical tables changing from asymptomatic carrier to amoebic colitis.This situation is emerges with different tables according to the regions in our countryand the world. Amoebiasis is a notification compulsive disorder. Particularly, food handlers should be kept under control.Patients and cyst carriers should be treated, personal hygiene, water for drinking and use must be protected from contagion and there should be major prevention measures such as fighting with vectors. Antiprotozoner drugs should be used single or both forms of cystic and trophozoite in the treatment of amoebiasis and antibiotics should be used. 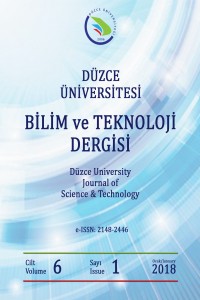