The mechanistic and empirical design method of bituminous hot mixes, which is tried to be applied in our country, is allowed to estimate the dynamic stiffness modulus for second and third level projects. It is thought that examining the relationship between the dynamic stiffness module, which is one of the most important mechanical properties of bituminous hot mix, and Marshall design data, which is widely used in our country, will contribute to the designers' analysis of coating performance and life cycle costs. In this study, the relationship of the dynamic stiffness modules estimated by the 1999 Witczak Model with the design data of the aggregate produced from the limestone quarry and the bituminous base, binder, abrasion mixtures at the temperatures and frequencies determined according to the bitumen change of Marshall design was evaluated. In order to determine the change of dynamic modulus of the mixtures according to the loading time, the master curves of the layer mixtures were drawn at the optimum bitumen reference temperature of 21.1 oC. It has been determined that the maximum grain size and temperature change are more effective in the estimated dynamic stiffness modules of the mixtures, changes can be made in the superstructure layer thicknesses according to the change in loading time within the project, and the dynamic modulus estimated in the optimum bitumen is approached with some bitumen reduction in bituminous foundation and binder mixtures. 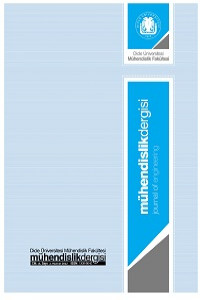