“This is The Life! You Have It in The Noble Blood in Your Veins!’: A Case of Paranoid Schizophrenia

Persecution, grandiosity, jealousy, auditory hallucinations, and skepticism is made at the fore front in the clinical picture of paranoid schizophrenia, in which disordered thinking is predominant. In addition, some patients may experience excessive preoccupation with religious, metaphysical, philosophical and sexual issues. 39-year-old Ms. C. was admitted to the psychiatry clinic without her consent due to her complaint such as violence against to her mother, persecution and somatic delusions, visual, auditory and olfactory hallucinations, skepticism, flight of ideas, tangentiality, word salad, block in thought, analogy. Ms. C was diagnosed with the risk of violence against herself or others, perceptual processing deficits, disorganized thought processes, social isolation, lack of self-care and anxiety by the primary psychiatric nurse, and a comprehensive nursing care plan was created for this purpose. Observation, follow-up, care and treatment were carried out for three weeks after Ms. C's admission to the clinic, and the effectiveness of the nursing care on the patient was evaluated. In this context, it was concluded that as a result of the active use of the nursing process, there were desired changes in the patient's self-esteem and self-esteem, the patient's tendency to violence, anxiety and skepticism decreased, and positive improvements were recorded in thought processes, but there was no regression in visual, auditory and olfactory hallucinations. In order to make a difference in care and evaluate the effectiveness of nursing interventions, the psychiatric nurse should actively implement the nursing process that is formed in line with the patient's symptoms and needs. 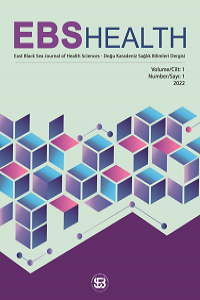