In this study, profile analysis of 6254 learners, who were from 104 countries and 136 nationalities, registered in Türkçe Öğreniyorum (Learn Turkish) MOOC, was performed. The aim of this study was to examine the distribution of Turkish learning reasons, mother tongue, nationality and country of residence, education level, working status, number of foreign languages spoken, internet usage habits and interests of learners in addition to the relationship among these parameters. This is the first study, which includes such a large and diverse sample, in the study field of teaching Turkish as a foreign language. Therefore, the study is important since it might provide an insight into learner demographics to program developers in policy-making processes. In this research, cross-sectional survey design was used. Data were collected through the Registration Form integrated into the learning management system. According to the results, most of the users, who wanted to learn Turkish as a Foreign Language, lived in Turkey (n = 4158, 66.49 %). More than half of the learners did not have a second language (n = 3796, 60.70 %). The native language of the majority of the sample was Arabic (n = 5100, 81.55 %). Nearly half of the participants had an associate or bachelors’ degree (n = 2782, 44.48 %), and approximately half of the participants were working (n = 2769, % 44.28). Approximately three-quarters of the learners had not had an online course experience (n = 4617, 73.82 %) and more than half indicated (n = 4253, % 68.00) using social networks. 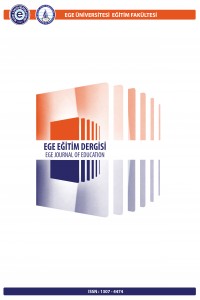