The Turkish meaning of the term hrematonimi, which is a comination of the Greek hrema meaning “goods, object, product, work” and onima meaning “name” is work onomastics. Hrematonimi, is an important branch of onomastic that evaluates names from a linguistic or socio-cultural perspective; It is a branch of science that studies the names given to literary works such as poems, stories and novels written by poets and writers. In our country in the field of work onomastics, it is seen that the studies are made mostly on written works, although their number is low. However, it is essential to evaluate every aspect of the language used in this platform, as the mass media depending on the increasing technological developments covers all areas of life and television is the most common mass media tool that can be seen in almost every environment in today's world. In addition, it is a known fact that the most important tool that individuals are affected by making decisions on almost every issue in daily life is the TV series. In this respect, in the study in question, the names of the series, which were broadcast on the most watched channels on the basis of ratings, from the 1990s to 2020 on ATV, Fox, Kanal D, Kanal 7, Show TV, Star TV and TRT 1 channels, were classified in terms of their lexical-semantic. Thus, the way in which series naming is expressed in the language is described. For the study, a total of 576 serial names, compiled from the websites of the relevant channels, were evaluated on the basis of the lexical-semantic made by İbrahim Şahin regarding the place names in the work of Adbilim; the classification was reinterpreted in line with the data of the current study. The findings of the study show that the Turkish language used when naming serials continues to be strongly associated with the history of culture. 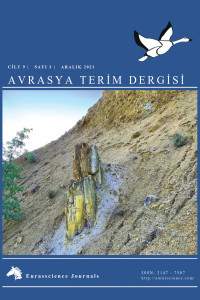