According to the results, there is no environmental sensitivity in the study area. It was determined that the negative effects of soil properties improved significantly after three years from the wildfire except for the PR and BD values. There was no statistically significant difference between the analyzed two soil samples groups. It was concluded that the difference between the bulk density and porosity ratios is not only due to the effects of the fire but also with grazing pressure, especially on the unburned area. According to the results, the burned area suffered from low severity ground wildfire has substantially been naturally rehabilitated itself within three years. Environmentally sensitivity (ESI) of the study area was a play an important role in the recovery of soil features. Additionally recommended avoiding some activities that will compress the soil for increasing natural resilience capacity after a wildfire. 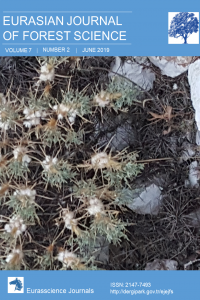