This study evaluates the relations between economic performance, democracy index and economic freedoms, which are widely discussed in economic theory. The aim of the study is to examine the direct and indirect impact of the democracy index and economic freedoms on economic performance. These relations, which were evaluated separately in previous studies, were evaluated with the Structural Equation Model, which allows the testing of direct and indirect effects with a single model. In determining the economic performance variables used in the analysis, the variables used in previous studies were taken into consideration. Data collected in a 2017 study from 45 European countries were used. Data from coauntries with insufficient information was excluded from the analysis, The data on the economic freedom variable were taken from The Heritage Foundation (https://www.heritage.org), and the data on the democracy index variable were taken from the Demographic Index report published by The Economist Intelligence Unit. Data for the economic performance variable was obtained from the International Monetary Fund (IMF) and World Bank (World Bank) database. Based on the theory of trying to develop small sample volume and data is a method of estimation independent from the distribution of the Partial Least Square. This study estimates Partial Least Square with the Structural Equation Model, and a   smart PLS package program was used in the analysis. As a result of the analysis, it was found that the democracy index has a mediating effect in the relationship between the dimensions of two variables in which economic freedom has no direct effect on economic performance. 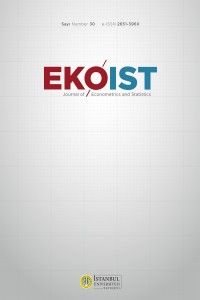