The aim of this study is to analyze Turkey’s convergence to the European Union (EU) in terms of energy intensity. In the study, first of all the relationship between energy intensity and climate change has been examined. Afterwards, Turkey’s convergence to EU countries and EU average has been analyzed using the annual energy intensity data including the years 1990-2018. In the analysis, Augmented Dickey-Fuller (ADF), Kwiatkowski-Phillips-Schmidt-Shin (KPSS), Philips-Perron (PP), NG-Perron and Fourier ADF unit root tests were used. According to the findings obtained, it was concluded that Turkey converges to Italy, Spain, and Portugal with regards to energy intensity, on the other hand doesn’t converge to Germany, United Kingdom, Belgium, France, Holland, Sweden, Czechia, Poland, Romania, and EU average. 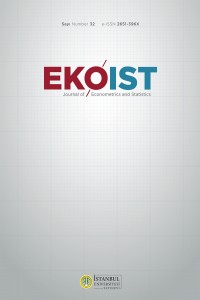