Turkish-Russian relations, whose beginnings are dated to the second half of the 15th century, have developed in the framework of regional competition and, accordingly, hostility for centuries. The first comprehensive friendship and cooperative relations between the two sides, albeit for a short time, were experienced between the Soviet Union and the Republic of Turkey. In the post-Cold War period, serious steps have been taken towards the transition from competition to cooperation in relations, especially since the 2000s. However, the downing of a Russian warplane (fighter jet) by Turkey on November 24, 2015, changed the course of relations and destroyed the environment of trust that started to strengthen between the two countries. The anti-Turkey stance that the Russian side displayed in its actions and discourses during the crisis period left deep marks on the Russian public opinion thanks to the black propaganda carried out in the media. Despite the willingness of the Turkish and Russian governments to quickly improve relations after the letter of condolence from Ankara on June 27, 2016, the perception of Turkey in the Russian press remained cautious and skeptical. While the Russian government clearly stood by the legitimate government in Turkey against the coup attempt on July 15, 2016, the approaches of Russian media outlets/Russian broadcast and Russian experts differed. 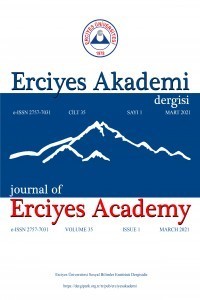