The most important characteristics of human beings that distinguish them from other beings are that they are an intelligent and sensual being besides their human nature. Having such a nature, human beings are not satisfied with only meeting their body needs in order to maintain their vital functions. At the same time, they became conscious of their own existence and felt the need to believe in and take refuge a sacred being at every stage of their life. This sense of believing has been the main factor in gaining his "religious person" identity. As a result of being a religiosus being, human felt the need to communicate with the sacred beings he/she believed in, to be close to them and to benefit from their holiness. Upon these needs, the communication of human with the holy takes place through the worships prescribed by the religion he/she believes in. Because the essence of worship lies in belief in sacred beings. One of the most important forms of worship that enables people to communicate with sacred being or beings is the worship of sacrifice. Sacrifice, which has a long history as deeply rooted as human history, is an important worship ritual that continues its existence in almost all religions and cultures. Sacrifice is a worship that has both individual and social dimensions. With the worship of the sacrifice, a person both reveals the awareness of servitude to the sacred being he/she believes in and contributes to the formation of social unity by conveying his/her sacrifice to the needy. Based on this idea, this study will focus on the beliefs of the Alevis of Sinemilli, who constitute an important part of the Anatolian Alevism, about the sacrifice worship. These beliefs will be evaluated in terms of History of Religions. 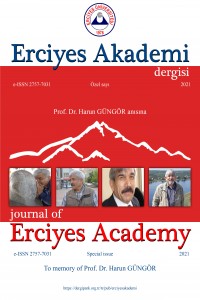