Playing game, which is perceived as an inseparable part of the children, provides activities for children to learn, express themselves, explore and have fun.The children voluntarily participate in the games and have an opportunity to form their activities during playing, which make the game effective and important on the development of them.The concept of playing a game has changed over time with the recent advancements in technology.Although the playing game has positive effects on the physical, social and emotional developments of children, these positive effects mightdiminish due to the possible effects of technological developments on the playing game. Even more, it can cause some risky situations for children as well.Considering the risks that the technology can make and the changing game perceptions of children, this study investigates on the risks that children can come across during online game playing. In that regard;two keywords, which are ‘game’ and ‘play game’, were selected by observing the search behaviors of two children and the first ten online game siteswere evaluated accordingly. As a result, it was found that the online game sites pose risky situations for children since they contain sexual contents and promote the negative behavior. 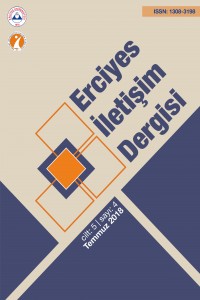