Central Asian region has a geographical location, natural endowments as well as trade and economy and politics is crucial to the region has directed several extreme movements. This extremist movement for the region as they pursue their interest rates in line with the size and significance can be expected to show activity. Indeed, in the former Soviet Central Asian region have caused the gap to fill in the field of religion and secular at the same time regulate the existing hazard by creating the most extreme religious movement is a fact that the activity. These are regions from within and external support have, the area directly adjacent, and even outside the region from the Jordan and Saudi Arabia from the "Muslim Brotherhood" and "Vahhabizim with" Iranian origin "Hizb-ut-Tahrir", in Afghanistan the Taliban are supported " Islamic Movement of Uzbekistan, "organizations are. 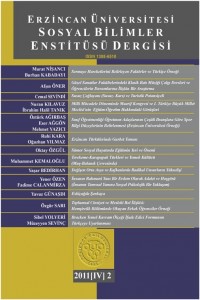