After the fourth Crusader army captured Constantinople in 1204, the exile conditions experienced by the Byzantine state in Nikea led to increasing in the awareness of Hellenism in the cultural life of Byzantines. The empire’s first association with the Hellenistic tradition appeared to emphasize its superiority over the Byzantines’ western rivals who claimed to be “true Roman”. The idea of Hellenism, which concentrated in the fourteenth century, led to the formation of a new Byzantine identity with the Orthodox Christian faith. This situation also brought with it the development of the Hesychast spirituality in theology as a reaction against Latin Christianity. In this respect, the new trends emerging in late Byzantine cultural life, as opposed to the Latin West, have an outline of national Greek identity, as it pointed out the Roman empire which was Hellenic and Orthodox. New trends, which are also effective in religious iconography, can be seen in iconographies such as the Tree of Jesus, Zoodochos Pege, Metamorfosiz, or Royal Deesis. In this article, I will try to analyze the ideological transformation of the Byzantines in perceiving themselves on the iconographies related to the topic and introduce the changes that created by the new trends in the previous iconographies, together with the new iconographies that emerged in the Byzantine painting art. 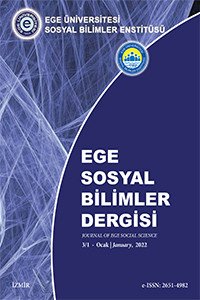