Memorization of the Qur’an is an extremely valuable phenomenon holding an important place in our culture and maintaining its actuality. Memorization of the Qur’an has a significant contribution to the individual's fusion with the divine message and to the preparation for life, especially in establishing the infrastructure for the collection of religious sciences. For this reason, academic publications were made to improve this memorization processes, and the subject was analyzed in terms of various sciences such as Tafsir, Religious Education and so on. It is generally accepted that the individual should have knowledge of the meaning of the divine text memorized, during or after memory.

The work entitled as “Hâfız: Lafzın Hâmili, Mananın Âmili” published in three volumes by the Presidency of Religious Affairs is remarkable, since it has the nature of a resource to strengthen the meaning dimension. The book written by a very high commission aims to select one verse from each page of the Qur’an and to introduce each verse to the reader in various aspects, especially in Turkish meaning. However, the study has significant deficiencies and errors in terms of content and method; that’s why, this article has been prepared to make a scientific criticism on the study.

There is a fixed format of each pages consisting of six-steps, which constitutes the work: A visual indication of the original locations of the selected verses in the mushaf, individual writing of the selected verses and their meanings, a red main title used to pass to the explanation section and the following subheadings of “Information”, “Message” and “Vocabulary”. Although the regular implementation of these six steps was positive in terms of providing a framework for the information presented, this consistency in the figure could not be sustained in the content, and significant problems were repeated in each step.

The main problems observed in the selection of the verses to be analyzed are quotations of texts that are too long or too short for the student to learn the meaning, combining the pieces taken from two different verses without any warning and quoting the same content more than once. In the independent writing of the selected verses, it can be said that the Arabic typesetting did not reach a sufficient level and even developed quite far from aesthetic anxiety and sensitivity of the meaning. The main problems of the main topics used in the transition to the explanation section are as follows: Moving the expressions to the title as in the verse without producing an original expression, repeating the similar contents in the titles, lack of stylistic unity among multiple authors of the project and using excessively long titles exhausting the reader.

In the “Knowledge” subtitle, where the meaning of the verses is explained briefly, it is seen that a heavy and technical language is used, it is insufficient to update the subjects, and the content cannot be enriched. However, the fact that the memory students are mostly in the category of children and young people requires that the resources to be offered for them be prepared in a simple language and presented with updated content. Moreover, errors made in terms of both hadiths and referring to poems (istishād) in the sub-heading “Message”, where the messages extracted from the verse are briefly mentioned, are discussed in the article.

“Vocabulary” has a special importance since it is the meeting point of memorization and meaning studies; however, it contains probably most of the errors and so the most disappointing part of the book. In this sub-heading, where the short equivalents of the words and concepts in the verses are given, the common mistakes are as follows: Not being able to decide how the word should be written or which form should be taken as basis, not being able to present the singular or plural form of the word in a certain order, not being able to behave consistently when sorting multiple words. The common point of these problems can be determined as “work without standards” in the transfer of written information. There are also a number of serious problems other than those mentioned in this sub-heading, which is devoted to the vocabulary, including the explanation of the word that is not mentioned in the relevant verse and the loading of different meanings to the same word in different places.

Another important dimension that can be added to the above-mentioned six articles objectified by the examples will be the evaluation of the style of the study in terms of the target audience. Correcting the style of the work, which was understood to have occurred through the long-lasting effort of a special team and presented to the reader with a very high-quality printing, in line with scientific criticism, can be beneficial for future generations and especially for hāfiẓs. 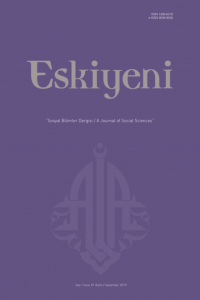