EVALUATION OF PUBLIC RELATIONS UNITS AND FUNCTIONS IN TURKISH UNIVERSITIES

Communication continues to exist in all areas of life from past to present. Cultural transfers of societies are also realized through communication. The dimensions of communication take place both in everyday areas of life and in educational institutions. In this study, the forms of communication in universities that build the present and future of societies are discussed in the context of public relations. Within the framework of the study, the functionality of public relations units in both state and foundation universities in Turkey was evaluated within the framework of James Grunig's theory of excellence. Since the universe of the research is quite large, the limits of the research were determined by quota sampling and data were collected with both the managers and the employees in the public relations units of the universities by qualitative and quantitative methods. With this application, it is aimed to reveal the function of Grunig's theory of excellence, which is applicable to all institutions in the field of public relations, in the public relations units of Turkish universities. The data obtained from the study, on the other hand, has been reached that most of the Turkish universities apply Grunig's theory, but they do not consciously maintain their functionality. 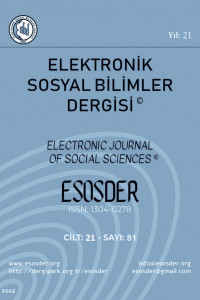