KNOWLEDGE, ATTITUDE and BEHAVIORS of MEDICAL FACULTY STUDENTS about TRADITIONAL and COMPLEMENTARY TREATMENT

The purpose of this study was to evaluate the knowledge, attitudes and behaviors of medical faculty students about traditional and complementary treatment (TCT). This study was conducted between December 2017 and March 2018 with at Inonu University as descriptive cross-sectional type. The sampling method was calculated as 311 persons by weighted minimum sample size randomly and selected in proportion to the total class sizes. The questionnaire prepared according to the related literature investigation and given to 299 students who accepted to participate in the study. Data were analyzed using IBM SPSS statistical program, chi-square test, and a value of p<0.05 statistically significant difference was accepted. Among the participating students in the study, 50.2% were woman and 89.3% of them were between 18-25 years old. The study revealed that 68.6% of the students did not use any TCT method and 80% did not receive any TCT training. No significant difference was found between TCT methods usage and TCT education. The most common TCT techniques methods used were massage, herbs and hacemat (66.6%), (61.2%), (60.9%) respectively, while acupressure was the less known method. In the study we found the most common used TCT methods are massage (15.4%), diets (10.4%) and phytotherapy (10.4%). Approximately, two thirds of the participation students (73.9%) agreed that TCT should be included in the medical school curriculum. The viewpoint that traditional and complementary treatments are dangerous because they prevent people from receiving complete treatment was supported from male (14.7%) and female (8.7%) of the students. Generally, findings showed a similar responding about the attitudes and ideas of TCT usage between both male and female. As a conclusion, our results demonstrated that most of the students did not know TCT techniques although they heard about it, Also it has determined the low rate used of TCT methods among them and the need to receive training in TCT. 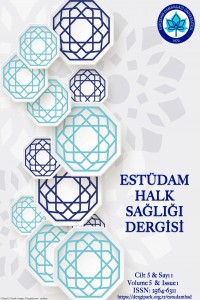