CLINICAL AND EPIDEMIOLOGICAL CHARACTERISTICS OF CUTANEOUS LEISHMANIASIS CASES IN ISTANBUL

Cutaneous leishmaniasis (CL) is a vector-borne disease characterized by skin lesions healing with an atrophic scar. Istanbul is a high-risk province for CL due to internal and international immigrants. The aim of this study is to determine the clinical and epidemiological characteristics of CL cases in Istanbul. In this descriptive study, we evaluated the Cutaneous leishmaniasis cases in Istanbul between June 1st, 2014 and May 31st, 2015. The ethics committee and instutional permissions were received. Frequency analysis were used for data analysis. The study was carried out with 197 CL cases. Percentage of patients under 18 years old was 52%. Seventy-seven percent of cases were Syrian and most of them had no passports. Household average number was six. Percentage of individuals with a CL lesion at household in the last year was 23%. Sixteen percent of cases reported a recent visit to Southeastern Anatolia and 55% of them reported that the lesions appeared after the visit. About half of cases had more than one lesion. Face (43.7%) was the most commonly affected. The lesions of 74 cases (38%) appeared before living in Istanbul. Health Directorates of the districts where Syrian immigrants live in Istanbul should screen Syrian immigrants in terms of CL periodically. Also improving living conditions, drying of stagnant water areas, use of mosquito nets, wearing long-sleeved clothes, diagnosis, and effective treatment of CL are recommended methods for CL control. 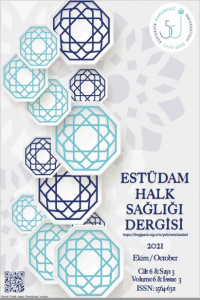