Rather noted for his ideas leading postcolonial critique, Said’s main fields of interest included music. Yet, even his most ardent followers have ignored his writings on music which constituted a significant part of his corpus. However, music provides the main inspiration for the term contrapuntal analysis, a major contribution of Said to the cultural critique. Contrapuntal analysis, aimed at moving beyond the insular approaches that see cultures as isolated essences, is used in interpreting colonial texts considering the perspectives of both the colonizer and the colonized. On the contrary, overwhelming majority of Said’s musical writings solely focus on Western classical music tradition as an isolated entity, replace it into a privileged position and ignore other music cultures. For this reason, Said’s influence on ethnomusicology is rooted in his non-musical books such as Orientalism and Culture and Imperialism, rather than his musical writings. As a writer who deals with music, he has been reluctant to apply the radical consequences of his thought to the music he listens. As he himself admitted, there was a tension between his political worldview and conservative taste judgments on music. This tension was intensified by the problems of belonging caused by his acculturation in the colonial world and his experience as an exile. Although he criticized the ideological discourse that privileges Western music and the pessimistic, totalizing and euro-centric approaches to music defended by figures such as Adorno and Thomas Mann, his own approach to music was deeply influenced by Adorno’s elitism and pessimism. He tried to extend Adorno’s use of music as a metaphor of critical theory into a new perspective in which music serves as a model for the preservation of difference, without sinking into the desire to dominate. However, reluctant to expand the canon, he searched this multicultural universal humanistic model solely in Western music. Said was never willing to compromise neither on his political beliefs nor his conservative-elitist musical taste judgments. The hedgehog and the fox dilemma of Tolstoy, elaborately discussed by Isaiah Berlin, in a different way, applies to Said’s ambivalent position in music discussions. Said, a fox embracing cultural pluralism and diversity in terms of his political beliefs, was a musical hedgehog who turned a deaf ear to different music cultures. Said’s comments on music do not provide a brilliant example of contrapuntal reading, but this very dilemma itself is an interesting case which might open up new horizons for a contrapuntal reading. 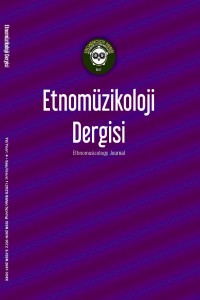