In this research, it is aimed to determine the adaptation problems and expectations of new university students and to form a solution oriented orientation plan. In this direction in the research, interviews were made with first grade university students and academicians who had previously conducted and are still conducting student counseling. The research was designed according to case study, one of the qualitative research methods. The study group consisted of 40 students from four different faculties and 12 academicians working in these faculties. In the research, a semi-structured interview form was developed by the researchers. There are four open-ended questions in the interview form for students and three open-ended questions in the interview form for academics. The data were divided into themes, sub themes and codes and presented as a table with their frequencies.The data obtained were analyzed by content analysis method.According to the research results, the main problems of the students were housing, adaptation to the city and culture, lack of information about the campus of the university, the need to enroll in courses and the need for guidance in the department When the research is evaluated in general it is concluded that orientation activities should not be perceived only as presentation about the university and its environment and giving general information about the department, because orientation process has many dimensions especially physical, social, academic and psychological and so students should be informed about this kind of adaptation process services and necessary support should be provided. 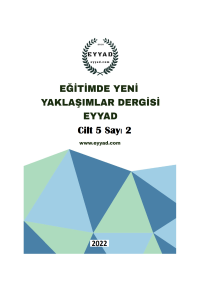