In this study, the early language development of children aged 8-36 months and showing typical development; It is aimed to measure within the framework of various language components, to compare, evaluate and interpret its connection with technology. The participant group of the research consists of 52 children with typical development between 8-36 months and 52 adults who are parents/caregivers. Participant Information Form, Technological Tools and Internet Usage Questionnaire, Turkish Communication Development Inventory (TİGE 1-2) and Ankara Developmental Screening Inventory (AGTE) were used as data collection tools. The percentage/frequency values of the data were calculated after the data were transferred to the SPSS-26 packet program, and various statistical analyses were performed to determine the differences between the groups and the relationships between the variables. As a result of the analyzes, it was found that 86.5% of the children aged 8-36 months used at least one technological device. No significant difference was found between the child's use of tablets, smartphones, television and the Internet and AGTE and TIGE scores. A significant difference was found between the parent participating in the study having a reading habit and performing a book reading activity with their child. 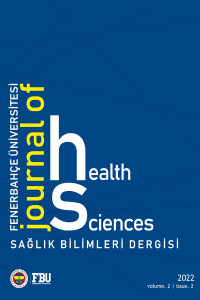