Hegemonic and Counter-Hegemonic Strategies in Turkey through the Lens of “Road Politics”: Fatsa Experience

In the 1950s, road infrastructure investments became the main aspect of transportation policy in Turkey. This policy shift, with the introduction of multi-party system, also transformed the way of political parties’ relations with their electoral bases. While the road networks were under construction, the majority of Turkish population was still living in the rural areas and these areas could not get the road investments they desired at the same pace. Under these conditions, especially starting from the second half of the 1960s, right and left wing social and political movements/parties located the road building issue into their hegemonic and counter hegemonic strategies. Especially in the second half of the 1960s, the voices and demands of rural areas, villages started to become more visible, in an environment of increasing social struggle. In 1967, Beyceli Village of Fatsa, a small Black Sea region town, was the first village that started to demand a road between their village and the city by organizing a demonstration/march. With the accumulation of the repertoires obtained in these struggles, the road issue became more essential and the left wing political parties and movements sought practical solutions to this issue and organized their counter hegemonic mobilization strategies around this necessity. “End The Mud Campaign” which was launched by the revolutionary local administration in Fatsa in 1979 is also evaluated in this respect. These historical facts clearly show that the “road making” agenda and the hegemony organized around it has not always been developed by the right wing political movements and parties. Hence, the article also deals with the right wing populist parties in Turkey, especially the ruling AKP, in terms of their material and political hegemony strategies organized around the road making projects, in order to make more visible the differences between the right and left wing movements when it comes to their strategies around the “road” issue. 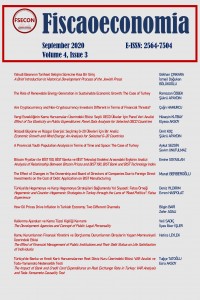 Fiscaoeconomia is licensed under a Creative Commons Attribution-NonCommercial-ShareAlike 4.0 International License.