and civilization with Islam. He is the spiritual conqueror of Anatolia.

In the geographical region of Turkistan, Kipchak and Oguz had important services in the

adoption and spread of İslâm. Ahmad-i Yasawi notified Islam on the level of understanding

The wisdom of Ahmad-i Yasawi is that the basic principles of faith, worship and

necessary for a Muslim. Although the wisdoms are not predominant, the wisdom gives

the impression of infallibility, including the essential principles that every Muslim needs

to acquire about faith, worship and general morality, and the essential information he

The tradition of ilmihal, which is developed and spread among the Turks and the

giving the first example with the work of Divan-i Hekmat of Ahmad-i Yasawi, explains

the internal meaning of the questions of Islam and benevolence. Yasawi places this information

in his wisdom as the basis of the spirit of religion, and aims to secure people’s

faithfulness to İslâm in a safe way. The connection with the deed is a form of encouragement

to him, an attachment of significance and a neglect of his negligence. Islamic

We see the sensitivity of Yasawi to the worship of the subjects of science, the prayer

in 68 places in the Divan-ı Hekmat, the fasting in 33 places and the zakat in 3 places. It

is also supported by the fact that the 242th Hekmat, which consists of nine continents, is

only used for pilgrimage. Yasawi emphasizes the importance of ablution and places sacrifice

and itikaf subjects in his wisdom in using ablution on the basis of worship.

After giving brief information about the formation of the almighty cult, we will discuss

dimensions rather than the spiritual meanings in his wisdom. In this paper, we will 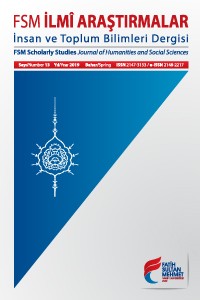