Semiotic reading is a process approach developed in three steps to the reading of literary texts in language classes. The consecutive steps are said to be (1) reading within the text for the sense, (2) reading upon the text for the value and (3) reading against the text for the critique. In order to collect the data needed for the study a vast reading of the literature in the field concerned has been done and in class application of the approach has been administered accordingly. A control group and an experimental group were formed of the 4th grade students of the Police Academy, who were all upper intermediate in their study of English as a foreign language. Since the participants were the cadets qualified enough to be officers ready to work in their field using English, they were all considered eligible, and therefore they were selected exclusively for the study. The data were analyzed and interpreted to come up with a sound conclusion to see to what extent the thesis statement of the study and the results reached overlapped. T-test was used and the results were displayed in tables indicating the frequency each item of both comprehension questions and interpretations questions received. When the answers both of the groups gave to the comprehension questions were compared, it was observed that there was a statistically significant difference between the groups. However, when the answers both of the groups gave to the interpretation questions were compared, it was realized that there was a highly significant difference between the groups concerned. The differences that appeared indicated that the hypothesis of the thesis was correct and that semiotic reading approach was applicable to the reading of literary texts in EFL settings has been proven. 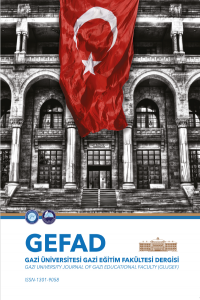