Investigation of Misbehaviors in Educational Institutions through Press

This study aims to examine misbehaviors encountered in educational institutions through the news in the press. A qualitative approach was adopted in the research and the document analysis technique was used. The criterion sampling method was used in determining the study group. Accordingly, Sabah, Hürriyet, Posta, and Cumhuriyet newspapers, which broadcast on a national scale and have high sales volumes, were selected and the news between September 2013 and July 2019 was examined. The number of misbehaviors (n=690) was determined from the news (n=584). The obtained data were analyzed using the descriptive analysis technique. According to the research findings, there has been an increase in the news about misbehavior in recent years. According to the school level, misbehaviors have the highest rates in primary school and lowest in pre-school institutions. Misbehaviors have mostly occurred in the classroom and schoolyard. The people who perform these behaviors are mostly students, teachers, and school administrators. The most frequent news is about physical violence against students/student fights, sexual harassment against students, and physical and psychological violence against school staff whereas the least frequent news is about cyberbullying and drug use, and drug selling. Based on the results, it is recommended that in order to prevent the media from manipulating misbehaviors in school, the Ministry of National Education regularly publishes statistics every year, includes security measures and awareness-raising activities in primary and secondary education institutions, and works on improving the classroom management skills of teachers. 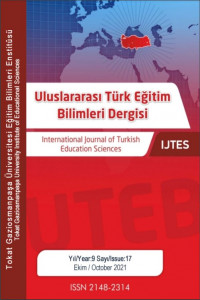