Reflection of the Changing Aging Concept on Advertisements

The concept of old age, which was associated with virtue, wisdom, expertise and experience in the past, is now associated with ugliness. The concept of old age, which starts with birth and continues throughout life, is nowadays perceived as being delayed and stopped. Brands, in particular, scare people about aging in their advertisements and state that they will not age if they use their own products. In this context, the aim of the research is to examine the reflection of the changing old age concept on advertisements. For this purpose, the first and last advertisement of the brand named Diadermine was examined. In addition, consumers' perspectives on these two advertisements were also investigated. As a result of the investigations, it has been observed that there are changes in the message of the brand. By using a more mature model in today's anti-aging product, the credibility of the message has been increased. In addition, in the interviews with the consumers, differences were detected in the consumers' attitudes towards aging and advertisements according to their age ranges. As the age of the participants increases, there is a positive attitude towards aging. In terms of the point of view of the advertisements, the other participants, except for the participants between the ages of 40-49, do not find the image of the model in the first advertisement of the young product plausible. 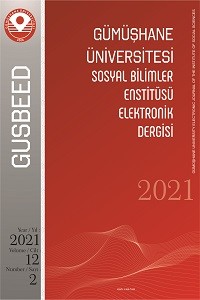