THE EFFECTS OF ECONOMIC GROWTH, INFLATION, AND URBANIZATION ON WOMEN'S LABOUR PARTICIPATION: AN APPLICATION OF TURKEY

Women's labour force participation is both a driving force and a result of growth and development. Almost in all developed and developing countries, men’s contribution to the labour market is more than those of women. However, the gender differences in the contribution to the labour is getting narrower in recent years. There are numerous studies focusing on the demographical and economic factors that influence the women's labour market force participation. The aim of this study is to analyse the relationship between socio-economic factors such as development, urbanization, and inflation and Women's Labour Force Participation in Turkey for the period between 1990-2018 through the time series method. According to the empirical findings of the study, a 1% increase in economic growth, urbanization and inflation increases the women's labour force participation at rates of 0.459%, 0.507%, and 0.047%, respectively 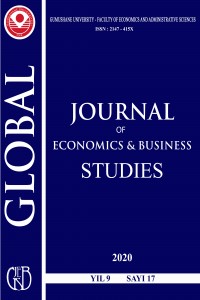