Sociocultural Structure in the Context of the “Stock of Knowledge” Labeling the Identity of Women in the Process of Identity Construction: The Example of Proverbs

Individuals’ gender identities and their roles ascribed to these identities are not the natural result of biological sex, but are culturally
constructed by the sociocultural structure. In order to explain the construction of social identities, in this study, using Schutz’s concept
of “Stock of Knowledge”, it has been tried to reveal how negative descriptions of female identity stigmatize women’s identity within the
concept of culture. The study is limited to the example of proverbs because it consists of culture, social ethics and values, customs and
traditions, language and belief elements and is comprehensive. For data analysis in the context of proverbs in the study; The Proverbs
and Idioms Dictionary, which is the work of Ömer Asım Aksoy published by the Turkish Language Association, and the Proverbs and

Idioms in the Dialects of the Region published by the Turkish Language Association were used. Among the 7898 proverbs found in the
related works, 66 proverbs containing stigmatizing descriptions of the identity of women were identified. 66 proverbs determined were
subjected to “Interpretative Phenomenological” analysis by using the computer-aided qualitative data analysis program. As a result of the
analysis, three different themes, namely “Woman’s Character Traits”, “Man’s View of Woman”, “Woman’s Relationships with Man”, about
female identity have emerged in the relevant proverbs. It was concluded that he was stigmatized as “Unreliable”, “Deceitful”, “Spiteful”,
“Ungrateful”, “Wasteful”, “Worthless” and “Incompetent”. 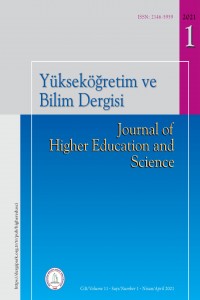