HIGHLAND AS SOCIAL AND CULTURAL SPACE WITHIN THE CONTEXT OF SOCIAL GENDER; THE EXAMPLE OF ÇAĞLAYAN HIGHLAND

Transhumance is an activity carried out by the villages, whose economy is generally based on animal husbandry, in order to reach wider and more abundant pastures in the summer months. However, based on the observations made in the plateau of Çağlayan Village of Kars, which is the sample of this study, and the compilations made with the women who went to the plateau; the study has been prepared with the approach that transhumance can be evaluated in the context of gender studies as well as its economic and cultural functions. Transhumance women spend about two months of the year on the highland. In the rest of the year, they are settled in the city center or in the village. In addition to being people who benefit from the convenience of transportation and settlement in the city center or in the villages, they are also users of products such as smart phones and televisions. On the other hand, they experience difficulties in areas such as accommodation, transportation and communication in the highland. However, they are deprived of the opportunities of the village or the city to spend more time here. From this point of view, the reason for the desire of women participating in transhumance activities to be there despite the difficulties mentioned is questioned. In this way, in addition to its economic importance, the socio-cultural function of transhumance for women is also revealed. These evaluations are carried out by taking into account what women do in the highland differently from other places. Thus, it is concluded that with change of place of the productive woman identity from the highland to the city, gender roles have also changed. As a result, based on the data obtained from the field, the motivation for transhumance for rural women, despite the difficulties, comes from the increase in gender roles of women and the fact that it is a socio-cultural space, in addition to its economic function. 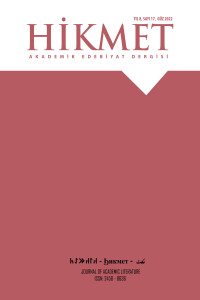