Lexical meaning of the word awwal (pl. Awā’il) is “first,” “before,” and “beginning”. However, in Islamic history, the term was coined for affairs done or events took place, for the first time in the history, and later the term was designated for works dealing with these affairs or events usually under the title awāʾil fī tārīkh. The first book that would fall under the genre of awā’il was said to be written by Ibn Kalbī (d.204/819) notwithstanding, the earliest separate chapter at our disposal on awā’il is found in al-Musannaf of Ibn Abī Shayba (d.235/849), under the title “Kitāb al-Awāʾil”. Later on, many separate works have been written regarding awā’il. These works contain much information regarding awā’il al-sahāba, however, there is not a single work that treats the subject separately. There are many narrations regarding the awā’il al-sahāba in al-Ṭabaqāt of Ibn Sa‘d, the earliest bibliographical dictionary at our disposal, as much as there are in Kitāb al-Awāʾil of Ibn Abī Shayba, and the information in these two works for the most part matches. In our analysis of the chains of narrations in these two works- which constitute the basis for our study here thanks to the fact that these two works are the earliest sources that contain information regarding awā’il al-sahāba - we have come to the conclusion that most of the narrations regarding awāʾil al-sahāba were narrated by certain scholars, and that these narrations started to draw attention from the beginning of the second century. We have also realized that it was probably during that time that some scholars collected these narrations. In this study, we will compare and contrast the above mentioned two works with each other with regard to how they deal with awā’il al-sahāba. In addition, we will talk about the scholars that were expert on awā’il al-sahāba as well as about their narrations. Finally, narrations regarding the companions who were distinguished by being the first in the history in the era of bliss (al-‘asr al-sa‘āda) and afterward will constitute to the subject of our discussion. 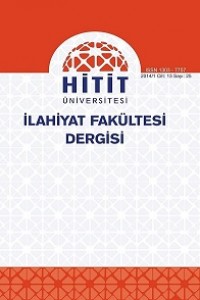