Nowadays, many countries cannot meet the land demands caused by rapid urbanization. This problem is even greater especially for coastal cities and land filling projects have been produced in order to eliminate this problem. In Turkey, there are also many applications similar to this type of projects. One of the most important of these projects is Ordu-Giresun Airport, which was built on the Eastern Black Sea coast close to the Ordu-Giresun provincial border. The foundation of the land, which was built with filling on the sea, is sensitive to settlement and geologically active. This can have adverse effects especially in areas with high population. Ensuring operational security at airports built on such areas is vital in terms of public security and surface deformation should be monitored at regional scale to ensure this security. In this study, the surface deformation of Ordu-Giresun Airport, which was founded in 2011 and became operational in 2015, was determined. For this purpose, Sentinel-1A/B images were obtained in a descending trajectory in geometry covering the same areas, and time series were analyzed with the Persistent Scatterer Interferometry (PSI) technique. Time series were created by using SNAP and Stanford Method Permanent Distributions (StaMPS) package programs offered to the user free of charge with the PSI approach. As a result, it was determined that the deformation at Ordu-Giresun Airport between August 2017 and February 2019 was approximately rates from -14 to 9 mm. In future studies, it is planned to monitor the deformation of the airport in a wider time interval and in two different orbits. 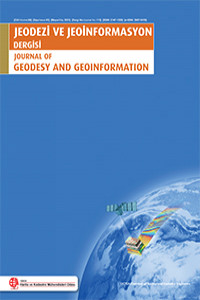