The purpose of this research is to determine to what extent the alexithymia levels of adolescents are predicted by intolerance of uncertainty and irrational beliefs. The study group of the research consists of 626 students studying in secondary education institutions in Bodrum district of Muğla province in 2019-2020 academic year. The mean age of the study group is 15.12. Personal information form developed by the researchers, the Toronto Alexithymia Scale (TAS-20) adapted to Turkish by Güleç ve diğerleri (2009), the Uncertainty Intolerance Scale (UIS-12) adapted to Turkish by Sarıçam, Erguvan, Akın ve Akça (2014), and Irrational Belief Scale-Adolescent Form (IBS-AF) adapted to high school students by Türküm, Balkaya and Balkaya (2005) were used as data collection tools in the research. In the analysis of the data, pearson correlation coefficient analysis and hierarchical multiple linear regression analysis were used to determine the relationship between the variables, and unilateral variance analysis (ANOVA) with unrelated samples t-test for analysis of the differences. In the conclusion of the research it was found that the alexithymia levels of adolescents was significantly predicted in a positive way by the intolerance of uncertainty and irrational beliefs. In addition, the adolescents' alexithymia levels differ significantly according to academic average, perceived socio-economic level and family structure; however, it was determined that there was no significant difference in gender and grade level. The findings were discussed in the light of the relevant literature and suggestions for future research were made. 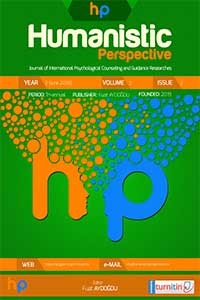