Estimation the Financial Losses Due to Mastitis in Turkish Dairy Enterprises

The aim of this study was to estimate the financial losses that occur due to mastitis cases in dairy farms in Turkey. For estimations current prices in 2019 was used by considering the official data on the mastitis incidence and previous studies. The cost of the disease was calculated for mild/moderate and severe cases. The calculation was made by subtracting the feed saving caused by decreased feed consumption from the sum of milk loss, treatment / control expenditures and early reforming expenses. As a result of the study, a loss of 528.4 ₺ (equivalent to 310 L milk) occurred in a mild/moderate mastitis case, whereas in severe cases this amount increased to 1,207.6 ₺ (equivalent to 710 L milk). When the calculated losses were generalized for Turkey it was estimated that a total of 1,385,856,000 ₺ loss was caused due to mastitis. In conclusion, the data obtained from this study provided information for livestock policy in Turkey in order for an efficient use of the resources to fight against the mastitis. 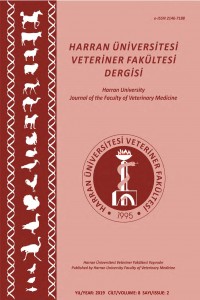