The Impact of the EU on Turkish Asylum and Immigration Policy

Although some features of welfare states are eroded away under the pressure of intense global competition and financial difficulties, they still give opportunities to their citizens which even cannot be dreamt of by people of undeveloped world. Thus, numerous people in undeveloped countries are dreaming of being a part of such a system and exploiting them as much as they can. However, the welfare systems are usually self-sufficient and there is either very little or no room for outsiders who may harm the order. The system is supported by huge budgets which are based largely on taxes of the citizens and the citizens tolerate this in expectation of benefiting from the system not helping the foreigners who had never paid and most probably will never pay for the system. Therefore, the European governments seek to prevent illegal immigration, in other words, the infiltration to their welfare states. Turkey is in the middle of the routes of illegal immigration and thus seemed as a key actor in solving the problem. However, there has been a considerable inconsistency between Turkish and European legislation on this issue and the EU forces Turkey to make change in its legislation and implement them immediately at least for reducing the immigration flow passing through Turkey. In this paper the inconsistency between the legislations of both parties and the legislative change in Turkish Illegal Immigration and Asylum policy will be examined. The method of this research will be assessing the relevant parts of the EU documents, i.e. progress reports, national programs and Accession Partnerships, and comparing the legislative documents of the EU and Turkey on Illegal Immigration and Asylum and thus determine the alteration in Turkish legislation under the influence of the EU. 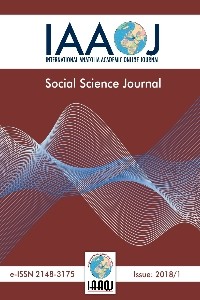