This study determined the concentration of the pesticides contaminating the soil and water, and the effect of the pesticides on microbial activity and physicochemical properties. Nutrient agar was used for the enumeration of total heterotrophic bacteria by the pour plate method. Enumeration of fungi was done with Potato Dextrose Agar. Soil CO2-evolution was estimated every 5-days for 25 days. Total nitrogen was determined using macro-Kjeldhal distillation method. Available phosphorus was analyzed using Bray No. 1 method. Dehydrogenase activity in samples was assayed with 2,3,5-triphenyl tetrazolium chloride solution. COD was determined by the method of Ademoroti. DO was determined by Winkler’s method. Bacillus subtillis, Bacillus macerans, Pseudomonas aeruginosa, Psedomonas putida and A. niger were of common occurrence in all soil samples. There were significant changes (P≤0.05) in the microbial activities and available phosphorus, total nitrogen and pesticide concentration of the polluted soil and water samples. The BOD ranged from 15.837±0.187 to 20.853±0.254 mg/L. The DO, COD and BOD of the control water samples were significantly (P≤0.05) higher than the values obtained at the point of pollution. This study indicated the extent of microbial and pesticide pollution; further addition of wastes may deteriorate the existing hygienic quality of water in these locations. 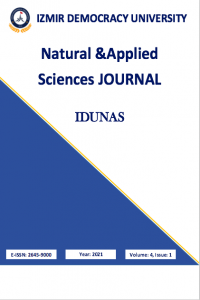