Beginning with the conquest of Gallipoli and after the capture of Edirne, the Ottoman Empire started to advance in the Balkan peninsula. With the care shown to tolerance, justice and education, freedom of language, religion and conscience, all communities here lived in peace and brotherhood for more than five hundred years. Nationalism, which spread with the 1789 French Revolution, also swept the Balkans, uprisings began in the Ottoman Empire, which could not keep up with the times, and new nation-states were established. As a result of the wars that started with their desire to expand their sovereignty, and as a result of treaties made one after another, the Turks living in the region became a minority within the new nation-states. These states, which were formed by peoples who had not been assimilated for centuries under the Ottoman Empire, started to oppress the Turks. This study examines how the process that began with the establishment of new states came to the compulsory Turkish-Greek population exchange. In line with the findings obtained from the literature review on this subject, the effects of forced migration on the present were evaluated. 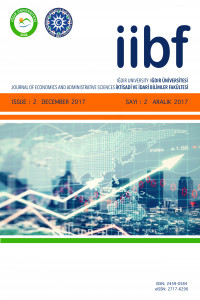