Different schools and approaches have appeared in marketing management since the beginning of the twentieth century due to customers’ attitudes, needs, expectations, and market conditions. Emerging schools generally included some features of the previous theories. Following the emergence of services marketing as a sub-discipline, some scholars believe in the fragmentation of the marketing thought and the obsolescence of the traditional division between goods and services during the last quarter of the previous century. The service-dominant logic (SDL), which mainly focused on the customer value creation concept, was developed by Vargo and Lush in 2004. This conceptual study aims to broadly review the previous works on the service-dominant logic and related subjects, which are customer-centric view, value creation concept, relationship marketing, and promise management, for the last two decades. The service-dominant logic approach and its components being the critical components of the marketing’s future, were also strategically evaluated to guide organizations as a roadmap. This integrated compact study will contribute to the marketing management literature to catch permanent success. 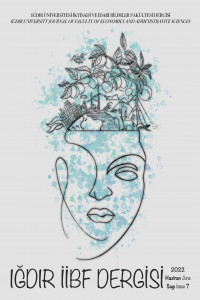