The main purpose of this study is to examine the relationships between the management skills and influencing powers of the preschool education institution managers according to the preschool teachers’ opinions. The population of the study consists of the teachers working in the public and private preschool education institutions (Independent Kindergartens), which are located within the boundaries of Pendik and Tuzla district of Istanbul, in the 2015-2016 academic year. The sample consists of 155 teachers, who were identified by simple random sampling from this general universe. In order to collect data, Principals' Influence Scale on Teachers developed by Şekerci (2006) and Management Skills Scale developed by Quast and Hazucha (1992) were used. According to research findings, teachers' views on the management skills of school principals do not differ according to gender, marital status, age, seniority, and educational status in the total scale and no sub-dimension. The management skills of school principals vary according to teachers' working time and type of school, but they do not differ according to gender, age and working time variables. The school principal's tactics to affect teachers differ significantly according to teachers' marital status, seniority, educational status and school types. As a result of the correlation analysis, it was observed that there was a negative relationship between the management skills scale total scores and sub-dimension scores, and the authority power sub-dimension of the influence scale. Significant positive relationship was found between the management skills scale scores and expertise and personality dimensions of the influence scale. Accordingly, as management skills increase the use of power of authority decreases and the use of expertise and personal powers increases. 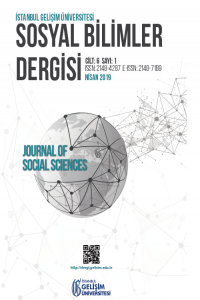