The Relationship Between Energy R&D Expenditures and Energy Consumption in the United Kingdom: A Cointegration Analysis With Structural Breaks

In 2018 compared to 1990, the UK'S GDP by 75.44%, renewable energy R&D expenditure by 160.47%, and renewable energy use increased by 1318,478% increased, while decreased energy consumption by 14.92% and energy losses by 18.15%. In other words, In addition to increasing the use of renewable energy, the UK has also managed to reduce total energy consumption and total energy losses. In addition, in the same period, Canada, which is among the G7 countries, increased its total energy consumption by 40.85%, the USA 16.49%, France 10.06%, and Italy 2.74%, while Germany decreased by 13.99% and Japan 2.89%. England, on the other hand, managed to reduce it at a remarkable rate of 14.92%. Therefore, the difference of this study from other studies is that the question of how the UK earned more income with less energy as a result of its R&D expenditures in the field of energy in the relevant period is investigated by econometric methods. While doing this, R&D expenditures and total energy consumption in the fields of renewable energy, non-renewable energy, and nuclear energy were used in the 1990-2018 period for the UK. For this purpose, the stability of the variables was investigated with the Perron (1989) and Zivot and Andrews (1992) tests, in which structural breaks were taken into account. Then, the long-term relationship was tested with the Gregory and Hansen cointegration test and a cointegration relationship was found. Then, it is tested with Fully Modified Ordinary Least Square (FMOLS) and Canonical Cointegrating Regression (CCR) estimators for a long-term relationship. The findings showed that while the R&D expenditures for nuclear energy decreased the energy use the most for the UK in the long term, it was found that the R&D expenditures for renewable energy increased the most. 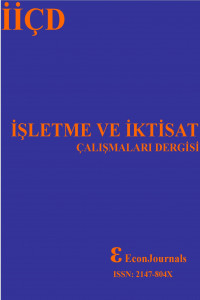