The air transport sector has entered a rapid development process with the implementation of neoliberal economic policies all over the world. Due to the current pandemic process, the growth of the sector has been interrupted, but a rapid recovery process has now begun to be experienced. It is estimated that the importance of the air cargo industry will increase in the future, especially since it is a part of the logistics industry. The aim of this study is to reveal the structure of the air transport sector, to determine its economic relations with other sectors and to determine the conditions for the sector to be used as an economic policy tool. In addition, the analysis was expanded for different years and the structural change in the sector was examined. In the study, in which the input-output method was used, the production and employment multipliers of the air transport sector were found to be high. In addition, it has been determined that the sector has undergone an intense structural change between 1980 and 1990. Within the framework of the findings, it has been concluded that the air transport sector can be used as a tool for economic growth and employment policies. 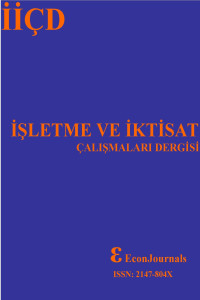