THE EVALUATION OF CANAL ISTANBUL IN THE CONTEXT OF INTERNATIONAL LAW

The regime of transiting the Turkish Straits was defined by the 1936 Montreux Straits Convention. Increasing ship traffic and increasing shipdimensions on the Turkish Straits due to the changing conditions of the term can cause accidents in the Istanbul Strait (the Bosphorus) and the passsage of the ships in some sizes can be difficult. It is highly probable that the vessels transporting hazardous materials, travelling through the Straits are likely to cause damage to the city as a result of an accident. The reorganization of the transition system in the Bosphorus via the national watercourse project has come onto the agenda. The watercourse project, which is expressed as Canal Istanbul, is planned as an alternative way to the Bosphorus Strait. There is no article contrary to the Montreux Straits Convention regarding the opening of a new watercourse to bypass the straits. In this study, the route, structure and functioning of the Canal Istanbul Project are examined and the transitional regime is evaluated in terms of international law. 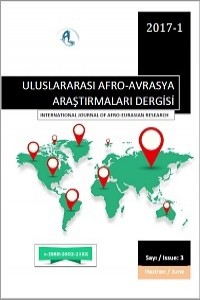