HOW DO TURKISH STUDENTS OF HIGHER EDUCATION PERCEIVE SYRIANS: THE CASE OF KOCAELI

As a result of its foreign and asylum policies, Turkey is now the world`s largest recipient of refugees. The number of Syrians in Turkey reached over 3.6 million, 98 percent of whom lives outside temporary shelter settings. Recent studies have demonstrated a high-level of public disfavor in the Turkish host society toward Syrians. The aim of this study is to explore Turkish university students’ perceptions of Syrians by conducting surveys with 396 university students at Kocaeli University. The impacts of independent variables such as gender, grade, and place of residence are evaluated. The reliability and validity of collected data are determined by using reliability analysis and factor analysis. Based on our findings, we argue that although university students share public disfavor toward Syrians, third and fourth graders have a less negative attitude compared to first and second graders, and the only independent variable, which makes a statistically significant difference, is grade. 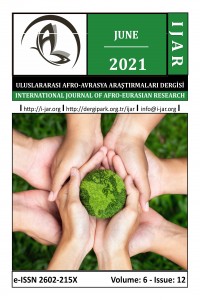