SNOW-WHITE, CURVY, AND VIRGIN: CONCUBINAGE AND THE ORIGINS OF WHTE SLAVE TRAFFIC IN OTTOMAN ISTANBUL (1850-1920)

At the end of the 19th century, Ottoman legal terminology met with an unfamiliar notion called “white slave traffic”. In fact, the authorities were not unfamiliar with the usual abuse of established concubinage and polygamy practices, as well as the use of slave women for prostitution. However, they began to hold a closer interest in the issue as the internationalization of it could pave the way for interference in the internal affairs of the state. The origins of the modern concept of white slave traffic in the Ottoman Empire dates back to early ages, and it was published in the foreign press as well as various sources. International press claimed that Istanbul became one of the headquarters of the white slave traffic. It was obvious that the addition of tension-rising white women trade to the discussions of slavery and polygamy would not have very positive results in terms of the international prestige of the Ottoman Empire, which was struggling to settle proper relations with Western powers. In this context, the Tanzimat administration gradually became more concerned in the issue starting from the middle of the century. The government's worry about concubinage, polygamy and marriage was not in vain. The exploitation of such stereotyped social habits for criminal purposes led slave women to be dragged into prostitution, but the actual hazard was that this activity extended beyond the borders of the country. This study proposes to put a debate on the origins of the white slave traffic in Istanbul through concubinage, which has been on the rise especially since the second half of the 19th century and turned into an internationally organized crime over time. 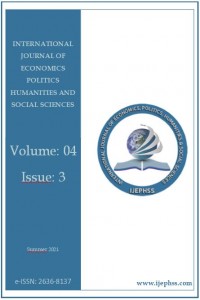