The Effect Of Nudges On Perception Of The Urban Space

Cities have a multi-layered structure where we born and experience as a physical equivalent of the ecosystem. The sustainability of urban space is possible with behaviors of individuals who live in it or who experience it. Thus, it is important to analyze the situations that create, control or direct the aforementioned behaviors. It is observed in examples around the world that these behavioral practices have been created by varying authorities in 21st-century, also directs social behavior. Therefore, focusing on the impulses of these behaviors has the potential of enriching spatial perception, providing a more livable environment, creating ecological balances and improving interpersonal interaction.

The plan of a public space can be shaped as a result of its designer, city and regional planner, local powers or social pressure. This environment will provide the experiencing person a primary behavior system. The actional uniqueness of the body stays in the background if a detailed behavioral analysis is not obtained for all these shareholders. Because the behavioral codes for all actions in the space have previously been created. A life experience that developed within these codes turns into a reflex and cognitive data that belong to that place. It is inevitable to perceive the city’s memory, sociocultural structure, production-consumption relations, and objective correlatives of these through the spatial elements of the city and to produce a mind map on familiar places.
Therefore, the physical structure of the city can also turn into a perceptive memory that is passed down from generations in addition to producing personal or social perception. The fact that spatial codes making actions similar has the danger of leaving the collective memory without a place. Bringing these relations into question might produce contextual data for individuals who design the current and future physical environments. It is considered that spaces that are designed through these contextual data will be able to direct behavior psychology. This will be an important step in the formation of a sustainable future idea and its implementation. The article first mentions spatial perception by focusing on this potential and then mentions the nudges that may form this perception. 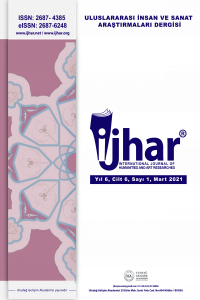