There is a general consensus among theologians and mystics about the matter of Mahdisim as it is one of the controversial issues in the sects of Islam. However, Sufis appear to have been more interested in the subject and have given detailed explanations. In this study, after the information given about the matter of Mahdism in the basic İslamic sources is presented, the views the theologians and mystics will be given and then an elaborate evaluation about theories of those two groups will be made up. Although theologians and mystics based on the hadiths about the Mahdi in the hadith sources, the discussions about the authenticity of the hadiths occupy an important place in the works. While some scholars have drawn attention to the existence of hundreds of hadiths on the subject of Mahdi some of which reached the level of tawatur, some have said that the hadiths in question remained at the level of khabar al-wahid. Some scholars, on the other hand, admit that there are weak and hasan ones among the hadiths about the Mahdi, but they state that some of them are mutawatir with regard to meaning. Based on the sound news about the Mahdi, it can be said that Ahl as-sunnat theologians and mystics agree that the Mahdi will come in the ahirzaman (last time) and make Islam and justice prevail. Ahli Sunnah theologians have taken care, in their works, to respond to the claims of Shia on this subject within the framework of revealing the invalidity of bidat views, an aim of the science of kalam. The theologians state that contrary to the belief formed by the Imamiyya Shia on the axis of the Twelfth Imam, the Mahdi will be born and live as a human being in the ahirzaman and will face a natural death after he succeeds in making Islamic principles prevail. Therefore, without striving to make Islam prevail, the expectation that things will be corrected by the Mahdi, with extraordinary powers (Mahdi-i muntazar), has not been approved by the Ahli Sunnah. The sufis and Ahli Sunnah theologians and have stated that the Mahdi is a person with some superior qualities to completely enforce Islam by purifying it of innovations. However, it has been seen that the mystics have made more statements about the Mahdi than the theologians through the information they obtain in ways unique to Sufism. 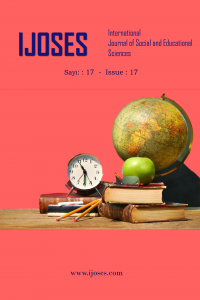