The Taceddin Kulliye, where the Turkish national poet Mehmed Akif wrote the National Anthem, is not very well known in history. Founded by Taceddin Mustafa Efendi, the dervish lodge in the kulliye was later ruled by sheikhs belonging to the family. The dervish lodges, which served within the foundation system, performed a number of services.The dervish lodge, sheikh, dervish and followers of the Celvetiye sect helped the people's prayers and zikr here. From an institutional point of view, the long-term survival of this important institution of the city is closely related to its solid income.The help of sultans, statesmen and people from various parts of the city ensured the continuity of Taceddin Kulliye.The foundation management of the Taceddin Complex, its sources of income, the personnel working in the complex, the problems experienced, the help of the Ottoman sultans and other statesmen will be discussed in detail in the study. There is limited information in the literature about the Taceddin Kulliye, which was found to be founded at the end of the century and some of it has survived until today. The main subject of the study is to embody the place where the independence poet Mehmed Akif stayed as a guest for a while, where he wrote the National Anthem, by considering it from structural and functional perspectives. It is important to understand our culture, which hosts the great poet, to understand the place and to explain the opportunities that the place offers to the youth. Mehmed Akif, National Anthem and it is necessary to investigate further in order to eliminate the various opinions about the place where the National Anthem was written. XVII in the study. from the end of the century XX. until the beginning of the century, the information in the Ottoman Archive, Foundations Archive, Ankara registers and printed works of the complex was used by scanning. 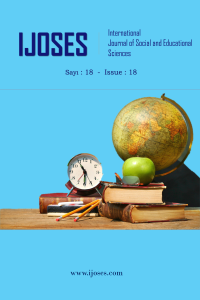